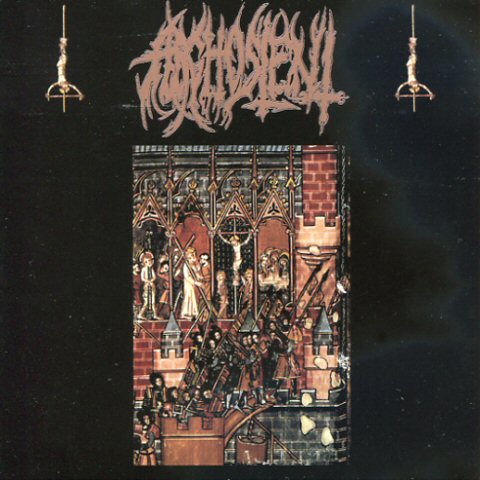 American black metal band Arghoslent was formed in Oakland in 1990 out of the ashes of Genocide and Astyxia. The band have been shunned by much of the more mainstream media due to their outspoken views. Guitarist Pogrom can also be found in Grand Belials Key while early guitarist Nick Mertaugh and drummer Mark Stauffer established the doom metal act Twisted Tower Dire. The band released four demos before their first album in 1998. This album features the 1996 demo recorded at the Mason Dixon Line Studios on the 20th of April 1996

Track list:
1. Rape Of A Slave
2. Of Spears And Horns
3. Hymns Of Conquest
4. Branding The Peon
5. Arsenal Of Glory
6. The Negress