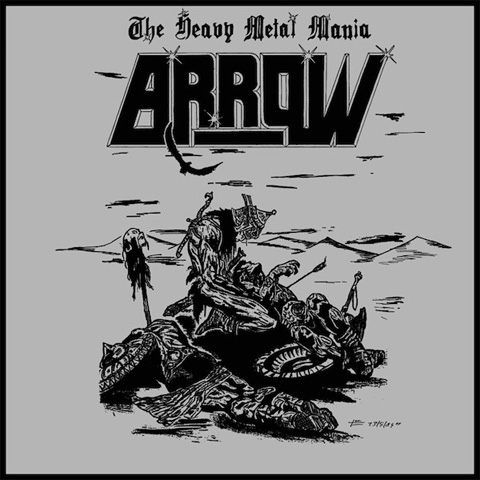 Official re-release of these German heavy metal underground classics from 1984 and 1985, both EPs on one full length album. The material has been given a new vinyl mastering by Andy Suss. Stylistically Arrow is a mixture of NWoBHM and typical early Teutonic Metal, where especially the strong riffs stand out. But the band also had quite an innovative musical structure where they tried to break away from the genre conventions. If you are interested in the beginnings of the German metal scene, you will get an insight into a small but not insignificant chapter here. But also be prepared for some progressiveness and unconventional music so if youre into a straight on German 80s metal then this might throw you off.