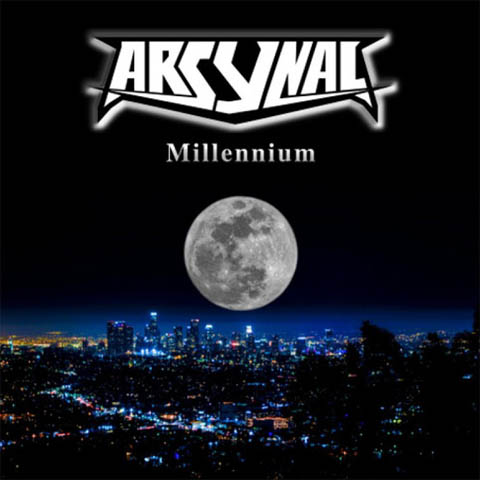 After the tremendous result obtained from recording the cassette The Genesis, Arsynal joined forces with vocalist Mark Stewart, thereby attacking and razing the Los Angeles band circuit. With Mark, the band was more than prepared for what the future would bring: Paul Montgomery’s guitar playing was better than ever and Mark’s powerful voice (for the more attentive, he is the lead singer on Thrust’s Invitation To Insanity album) would take Arsynal to new heights. The highlight of this new line-up was the recording of the album Millennium, which for the first time has a more than deserved official edition! With Millennium, the band continues their adventure through the realms of Melodic Metal, adding a great deal of hard-rockish energy!