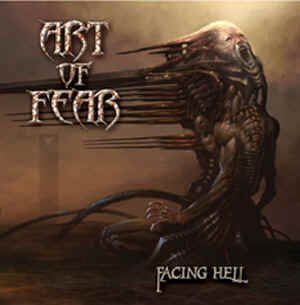 Facing Hell, the third full lenght album from Austria act Art Of Fear. The band has been around for more than ten years and at the early stage they were much rougher and violent more like a powerful thrash metal act. But even back then the band never saw themselves as anything else but a true heavy metal act. Now in 2007 the band uses keyboard a get some really catchy melodies into their music. Thomas Cassans voice doesnt really do it for me and when the ten tracks are done you cant say that you really experienced anything special. Its unfortunately quite basic