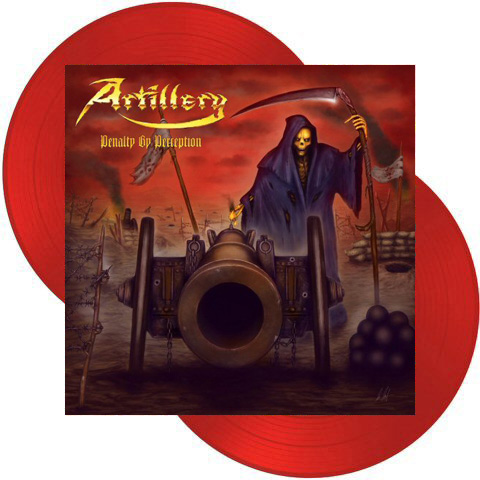 Written over the course of two years, Artillerys seventh full-length effort draws from their classic albums like Fear Of Tomorrow (1985) and By Inheritance (1990), as well as When Death Comes (2009) and Legions (2013). Having recorded at Medley Studios and bringing Soren Andersen on board as the producer, Artillery achieved the sound that they were aiming for. We worked really hard together to get this amazing sound, says guitarist Michael Stutzer. I feel the band have come up with some great songs. The best musical performance in the history of Artillery. Can’t wait to hear the fans reactions! A familiar, yet modern thrash attack, Penalty By Perception delivers the band’s signature riffing, with powerful drumming and melodic singing — and promises to be a new fan favorite in the Danish quintet’s storied career.

Track listing:
1. In Defiance Of Conformity
2. Live By The Scythe
3. Penalty By Perception
4. Mercy Of Ignorance
5. Rites Of War
6. Sin Of Innocence
7. When The Magic Is Gone
8. Cosmic Brain
9. Deity Machine
10. Path Of The Atheist
11. Welcome To The Mindfactory
12. Liberty of Defeat