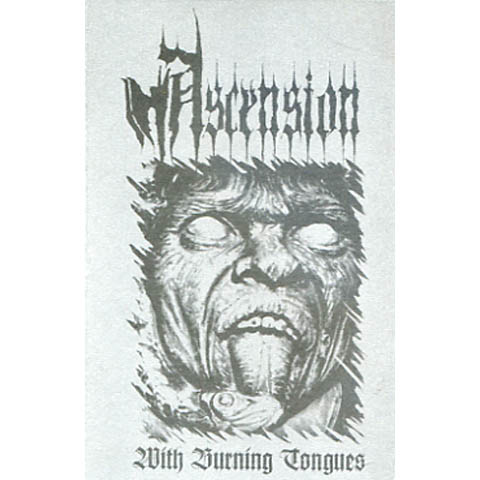 This is where it all started for the German black metal act Ascension, their With Burning Tongues demo, released in 2009. The band’s debut album, Consolamentum, released a year later, became a classic in the underground not long after its release; it evinced a wealth of maturity in composition and execution for such a new band. Ascension themselves described With Burning Tongues as a rusty dagger whereas the following year’s debut was named their golden spear. Sure the Consolamentum showed a maturity in composition and execution for such a new band but then thinking a rusty sword means that their demo material isnt worth hearing is definitely the wrong conclusion. With Burning Tongues features some inspired riffs and fans of orthodox black metal should check this out.