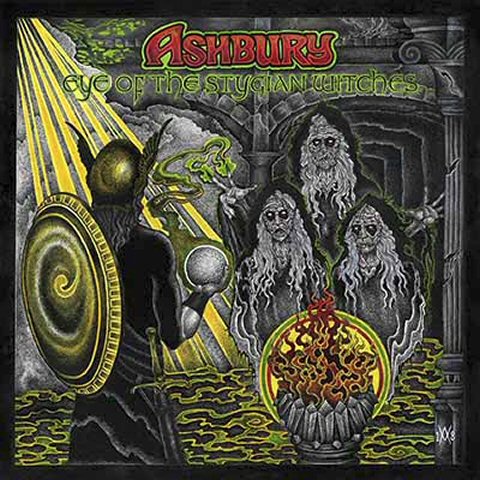 Ashbury from Tuscon in Arizona are one of the biggest re-discoveries of obscure eighties hard rock from America. The band, led by brothers Randy and Rob Davis, did originally record two very hard to find albums: Endless Skies in 1983 and the (belated) follow-up Something Funny Going On (issued in 2010). Although mostly written right after the release of Endless Skies in 1983, it took decades for the follow-up Something Funny Going On to see the light of day. When it finally happened, the actual release of Something Funny Going On seemed to come quite out of the blue. The band’s 2018 album is called Eye Of The Stygian Witches. Rob Davis (lead guitar, vocals) explains: The album has been a very long time coming actually. Randy and I started work on this back in 2009, recording demo versions of the new songs End Of All Time and others. This is an album we have wanted to get to the fans for quite some time. If you will, then Eye Of The Stygian Witches is another typical Ashbury album in the sense that musically it is again a mixture of harder rock songs (“End Of All Time”), some quiet acoustic numbers (“Summer Fades Away”), instrumentals (“Celtic Cross”) and some hard rock/proto-metal compositions (for example the monumental “Eye Of The Stygian Witches” plus “Faceless Waters”). The band thinks so too: “That is the perfect description of the album! An argument could be made that the ‘typical’ Ashbury album is exactly what Randy and Rob will deliver, if they stay true to the music and their own songwriting.”