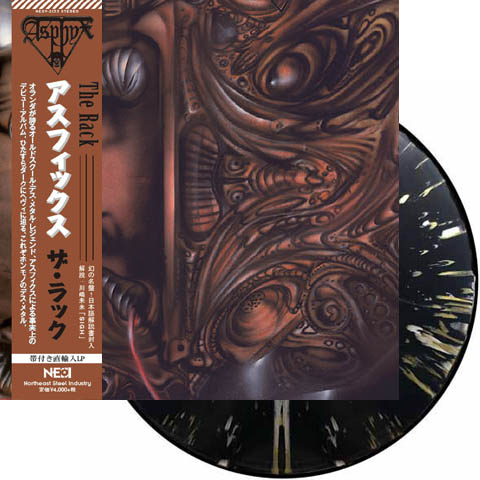 The Rack was Asphyx first official album released on Century Media in 1991. Originally Asphyx recorded an album in 1990 entitled Embrace The Death for CMFT Productions in the UK, but the label went under and never was unleashed until 1996 when Century Media finally released it. The Rack defines the word Brutality with its chainsaw sounding guitars and sick vocals which sounds like vocalist Martin Van Drunen is being tortured during the recording of this album. Raw and primitive and with a unique guitar sound. One of the most brutal, sadistic and barbaric albums in Death Metal history.

Track listing:
1. The Quest Of Absurdity
2. Vermin
3. Diabolical Existence
4. Evocation
5. Wasteland Of Terror
6. The Sickening Dwell
7. Ode To A Nameless Grave
8. Pages In Blood
9. The Rack