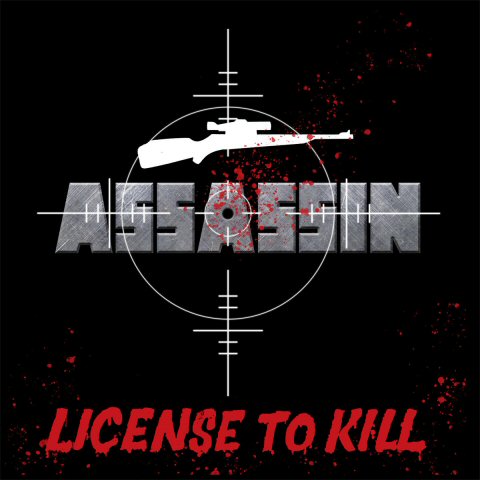 First ever cd release of this 1985 album with three bonus tracks. Limited 500 copies

Formed in the early 1980s, Pennsylvania band Assassin appeared onto their local circuit quick and precise. The band’s execution NWOBHM flavored U.S. hard rock/heavy metal took no time to start gaining them a reputation as one of the most happening bands in their area. In 1983 they would independently release a two song 7” single with the tracks ‘Feels So Good’ and ‘Fools Don’t Know’ that would garnish a fair amount of radio play in surrounding states. It would not be long until word would begin to travel leading to the band picking up supporting gigs for bands such as Derringer, Headpins, Quiet Riot, and even going out as tour support for other acts of the era. In 1983 the band would release their 8 song debut full-length album ‘Licenses To Kill’ through small local Pennsylvania label Micro Mix. Assassin would later disappear as if their job was done. Their name and releases would become circuit legend and cult heroes for many. As the heavy metal revival would move from the late 1990s into the next millennium demand for their releases would increase and the records began to fetch hefty prices as interest in all that is 80s heavy metal would grow, especially U.S. heavy metal. Now for the first time this album has been released on cd. The release includes the full 8 track ‘License Yo Kill’, the 1983 single all re-mastered from best possible sources, 8 page booklet including never before seen photos, essay about the band, and full lyrics.