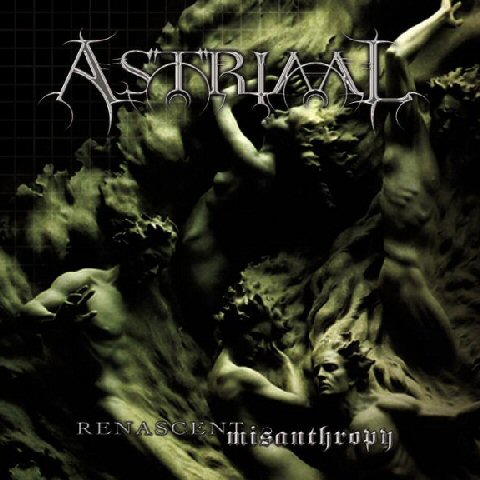 Astriaal is a Brisbane based melodic but aggressive black metal band. The band formed in the winter of 1997 as a three piece with Baaruhl on both vocals and guitar. Astriaal released their debut demo ‘Glories of the Nightsky’ in October 1998 with Baaruhl playing both bass and guitar. Since the addition of bass player Murtach in 1999, Astriaal’s line-up has remained solid. Their first full length album release ‘Renascent Misanthropy’ appeared in July 2003. It was voted Best Australian Album by the listeners of the Triple J program Full Metal Racket in 2003, sharing the honour with Severance by Daysend. So as i said, this is black metal, but not as you know it. For the first part, it’s instantly noticeable that the production is smoother than a baby’s backside, and the instruments are tuned to absolute perfection. After the very cool and industrial sounding intro, “The Funeral Procession”, right from the opening note of “Ritual Hate Construct,” the searing blast of zero-to-maximum, it’s evident that these five Queenslanders know, at the very least, how to play their instruments. Everything is played more often than not at an absolutely breakneck pace. Astriaal certainly have their slower moments, so the wall of noise isn’t continuous and doesn’t get stale, but that’s not to say it’s a majority, and “Renascent Misanthropy” is without question a very extreme album that pushes the limits of tolerability in the human ear. Vocals are rather stock standard black metal, but they complement the extremity in a good way. Only two thirds of the songs on the album contain any lyrics, but when Arzarkhel is singing, it’s never overblown, the levels are done well, and it all just comes together perfectly. There can’t be a shred of doubt, whether you like this album or not, that Astriaal are a talented group of musicians.

Track listing:
1. The Funeral Procession
2. Ritual Hate Construct
3. Revere The Labyrinth
4. Glories Of The Nightsky
5. Ode To Antiquity
6. Arborescence
7. Acquisition Of The Stars
8. Reaper Of Dark Ages
9. The Halls Of Perdition