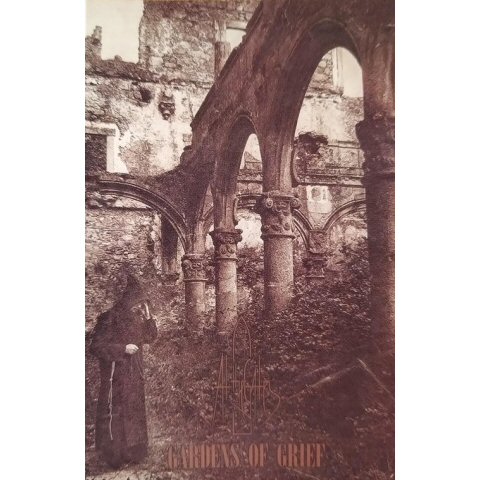 At The Gates ‎–Gardens Of Grief MC

At the gates were one of the more melodic death metal bands to expand beyond Sweden and spread their sound across the world alongside peers such as Entombed, At the Gates played a significant role in the death metal genre before breaking up in 1996, leading to the formation of the Haunted. However the very first beginning, the demo ‘Garden Of Grief’ was quite different and not melodic. They were influenced by the old school generation of the death metal players from their mother country and, being very young, they played more or less like them with a sort of black metal touch in the guitars riffs. The atmosphere is really gloomed and the band sounds always quite fast and compact without being melodic at all. Since the opener ‘Souls Of The Evil Departed’ we can really taste the group’s essence made of obscurity and heaviness. Good some more progressive touches in the guitars lines by players that despite the young age, already show a mature approach towards this genre. In a song like ‘All Life Ends’ is inevitable the comparison with old Entombed: very good and raw. Overall, a quite good beginning, a bit musically distant from the future releases and highly recommended to death fans. Tomas Lindberg dedicated the lyrics of ‘At the Gates’ to Per Ohlin (a.k.a. Dead).

Track list:
1. Souls Of The Evil Departed
2. At The Gates
3. All Life Ends
4. City Of The Screaming Statues