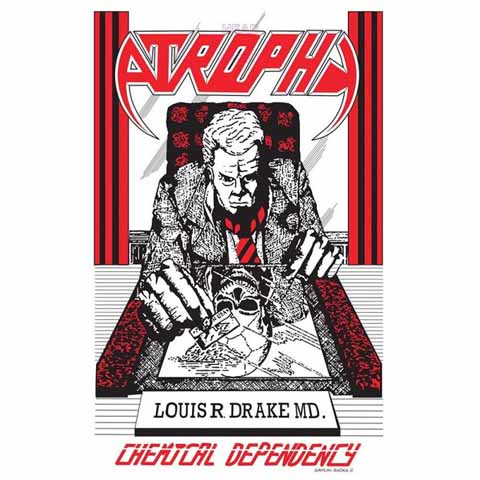 Tuscon, Arizona’s thrash masters Atrophy came to be in 1986 under their original name Heresy but by ’87 their name had changed and they’d recorded a 6 song demo cassette titled Chemical Dependency. That demo was soon followed up with 1988’s 3 song Advanced Promo and their two demos garnered them the attention of Roadrunner Records which signed the band in 1988. The bands brand of straightforward technically proficient Thrash Metal was quite a popular thing at the time of their first official full length album, 1988’s Socialized Hate. The bands’ popularity began to rapidly increase with the record label’s backing and promotional efforts, all of which resulted in slots on national and European tours alongside acts such as Sacred Reich, Coroner, and Forced Entry. This album features that first demo from the band backed up by four bonus tracks recorded live in Toronto on the 30th of January 1989