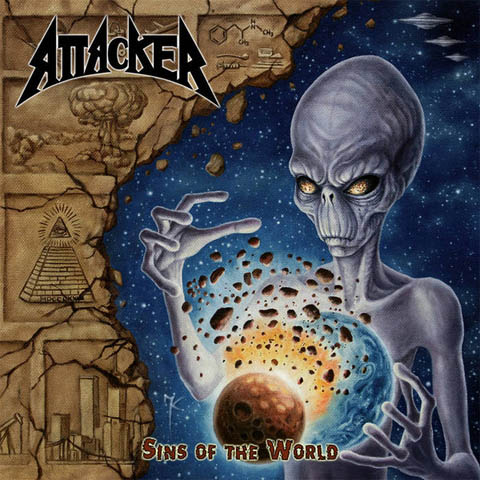 Attacker ‎–Sins Of The World lp

The American power metal band Attacker returned in 2004 with their third album Soul Taker and it was an album that followed very much in the steps of the 1985’s Battle At Helm’s Deep and 1988’s Second Coming. Jump forward another 12 years and the band released their sixth album, Sins Of The World. One thing you have to credit this band is that they stick to their guns. They dont seem to care what is going on around them. Sins Of The World is pure steel such as Metal Church, Judas Priest, and Helstar without trying to show off on the technical side. If you like the previous Attacker album you just need this one as well. Its damn well executed