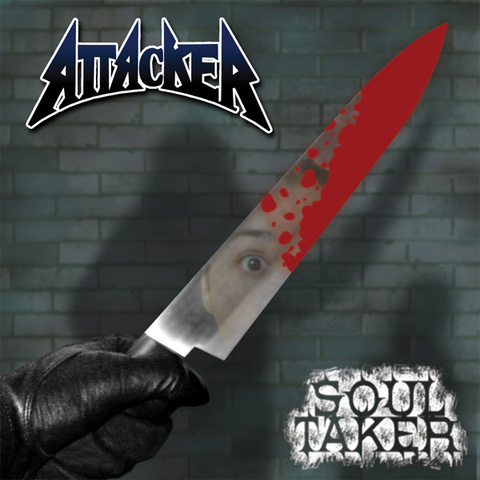 Strong third album featuring original members Mike Sabatini (drums), Pat Marinelli (guitar) and Bob Mitchell (vocals) plus Mike Benetatos (guitar, exJersey Dogs and briefly with Sleepy Hollow) and Felix Torres (bass). Original bass player Lou Ciarlo contributes to the songwriting. Speaking of songwriting, ‘Soul Taker’ is an exact blend of 1985’s ‘Battle At Helm’s Deep’ and 1988’s ‘Second Coming’. Even the production is somewhere in between, lending ‘Soul Taker’ an 1980s traditional metal flair whether the band intended to or not. The songwriting ranges from sweet Iron Maiden-like guitar riffs and bass lines to Judas Priest/Acceptish straightforward power metal anthems. These reunions can be hit or miss but this band has their abilities up to grade and singer Mitchell can still sing exquisitely while letting loose his trademarked screeches to show that he’s still got the voice. A comeback album that was 15 years in the making.