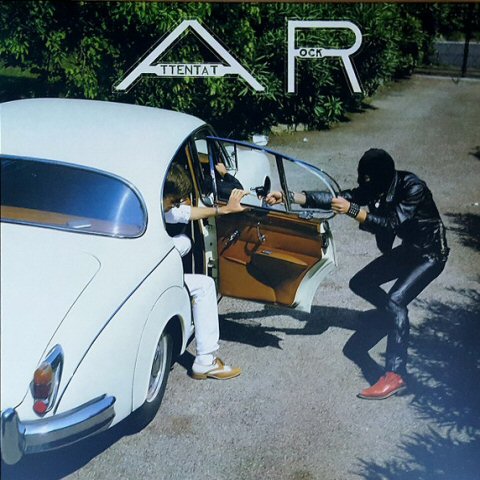 The original press of Attentat Rock’s debut album is one of the top 10 full length rarities from France. This group from the South of France, landed very early on the French Hard Rock scene. Indeed, in 1981, the same year as Warning released their first album. For the record, with the exception of the pioneers of the genre, like Trust, Ganafoul, the French metal scene exploded first in 1983 with the release of albums from Sortilege, Blaspheme, Satan Jokers, High Power and so on. Attentat Rocks debut album isnt as straight on as the 1983 releases mentioned above, here we still have a lot of hard rock and punk influences from the past decade. Although the record is a little amateurish (I concede that the word is a bit strong), it still transpires freshness and passion. Titles like “Nothing for Money”, “Hell”, “Breaking Ice”, “Rockstar”, “Doing What You Like” or the nervous “The Beaches of Congo” still succeed to make the most of the game and to leave a very good impression. If this would have been the bands only album then probably not many would have taken note of this band at all. But things would be quite different with their second and excellent opus, Le Gang Des Saigneurs. Still this album is enjoyable and are historical interesting as it shows were Attentat Rock was at its inception.