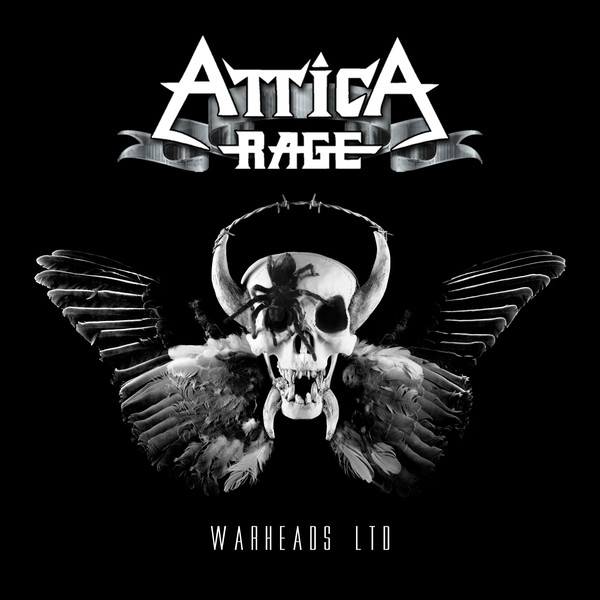 Fans of Scottish metal act Attica Rage had to wait four years between 88mph and their 2016 album, Warheads Ltd. Main songwriter Jonny Parr is a (sometimes frustratingly) perfectionist if ever there was, indeed, opening track ‘Beyond The 45’ had been kicking around in the live set as an untitled song for quite some time. ‘Beyond The 45’, a better opening track you could not really ask for, a full throttle, get up and dance riff that overflows with upbeat energy, and making no apologies for its homage to the band’s Scottish heritage, it’s a certified winner. The politically charged lyrics by the way are perhaps even more topical and relevant now considering our recent governmental turmoil. The whole album gels superbly well, managing to combine a great deal of variety and different tempos that ensure that the listener is never in danger of becoming bored. The title track for example (co-written with bassist Matthew Ward) has a huge chunk of classic era Black Sabbath wedged in there, yet still retains its own identity, having a real finesse and punch about it. Compare that to the instrumental passage ‘Into The Ether’ and you couldn’t have two more different pieces of music even if you tried but where as some bands chuck in an instrumental basically as an album filler, this is a belter, a real trippy vibe driven by a deliciously fluid bass line, and featuring a Tibetan singing bowl. Listen to ‘All Summer Long’, a real soundtrack for the season, or indeed ‘Lost In Memory’, a song that is so well crafted, building with each second that passes to become a real anthemic monster, and you begin to get an idea of how Attica Rage have now positioned themselves for a shot at bigger and better things. Not to suggest that the band have become a different beast mind, indeed ‘New World Decay’ could, in my view, have sat quite happily on say 2008’s Ruin Nation. The difference here though, and a striking one it is as well, is how polished Warheads Ltd sounds. Closing track ‘Haunted’ is a perfect way to close the album, one of those epic tracks that just makes you feel proud to be a Metalhead, rounding proceedings off to perfection. Attica Rage have always been about the fans, gathering a loyal band of followers over the years, never compromising their ethos but always remaining accessible. Warheads Ltd is without doubt THE Attica Rage album, a culmination of blood sweat and beers, giving birth to a Hard Rock/ Heavy Metal gem. This time around Glasgow’s Attica Rage has returned with a career defining album.