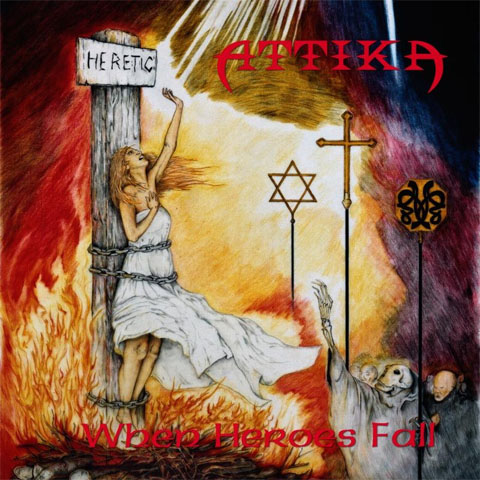 Attika comes from the same age as Ohio’s Ritual. When Heroes Fall by Attika saw the light of day already in 1991 as cassette-only production, but only two years later – as well as the debut of Ritual – was officially released by their former record company on cd. Offered is fresh US Power Metal, which in its best form shows neither the pure characteristics of Thrash Metal nor Prog Metal, but integrates both of them. Steel as it has to be forged. Attika seems to be a band that truly has something to say, and its members possess the ability to express their inner thoughts and worries through wonderful lyrics. The group doesn’t hesitate to put the finger on social issues they consider annoying or provocative. The band’s music could best be described as typical American power metal in the same vein as Omen, Savatage and Fates Warning.