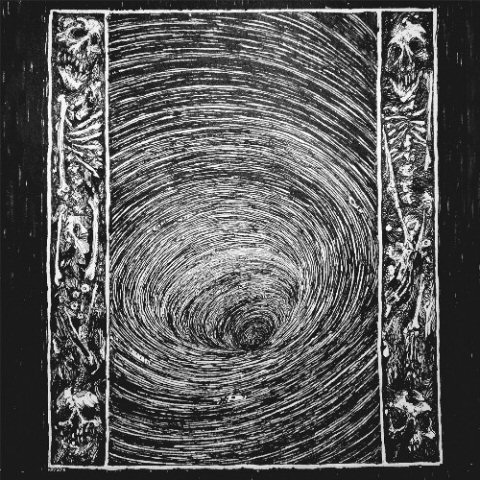 After nearly 25 years upholding and reinvigorating thrash metal’s grimmest traditions for the delight of the international underground, Norway’s reapers of blackened-thrash, Aura Noir, has released this vinyl single featuring two tracks with no overdubs or embellishments, only underscoring the band’s potency as a power-trio and reinforces their primacy among thrash’s primal pantheon. The album track “Dark Lung Of The Storm” opens with probably one of the most retrospect of riffs, but suddenly summersaults you into the gloriously dissonant and immersive Aura Noir atmosphere. The soaring and burning shouts of Aggressor intensely glues the otherwise quite varied and playful guitar riffs and drums together, culminating into the essence of thrash that is Aura Noir.