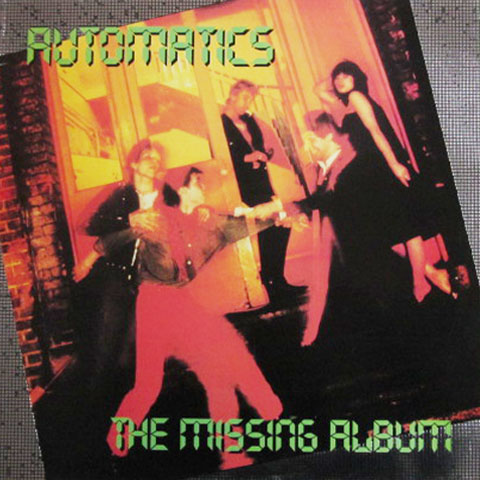 Not to be confused with the mediocre American pop punk band of the same name, these Automatics were an outstanding British punk rock/power pop band circa the late seventies. Up until recently all they’d ever released was one brilliant single, When The Tanks Rolled Over Poland Again. With it’s blistering verses and catchy chorus, this song should have been a massive hit in the UK Unfortunately, it wasn’t and after continual bad luck with their record companies, the Automatics called it a day. That was the end of the story for about twenty years or so until some Japanese promoters contacted Automatics frontman David Philip to do some shows over there. He agreed, but since he hadn’t kept in touch with the other members of the band he ended up doing the shows with a backup band including members of Firestarter and Radio Shanghai. After seeing Japan’s rabid music fans, Phillip must have figured that there might be an audience for the Automatics after all. Enter this album. It turns out they recorded an entire album for Island Records back in the day, but were dropped before it could be released. There’s a funny story when Phillip was questioned about their high entertainment expense account, he looked an Island exec in the eye and replied, “yeah, it takes a lot of expensive drugs to make the kind of music we make!” Now that’s punk rock. Anyway, it’s really a shame that this album didn’t come out back in the seventies, as it stands up as one of the real classics of the era. The Automatics had an exceptional balance of energy, hooks, melody, and most importantly, enthusiasm that really stood out even amongst the classic bands of that era. Their sound touched on both the rowdy real rock n roll sound of the Boys (Philip actually did a stint in the [pre-Boys] Hollywood Brats) and the manic energy of the first Clash LP. With songs as flat out rocking and memorable as the title cut (which also should have been a huge hit), the totally out of control “Like a Moth Into a Flame,” the hyper charged “Stab it Back,” and the Heartbreakers-esque rave up “Dumb Games” it’s inconceivable that a record like this sat on the shelf for over twenty years!!! There’s also a few slow tempo, moody ballads on here that serve as a nice counterpoint to the manic energy of their upbeat numbers. In a just world, this record would have been a chart topping smash and the Automatics would be remembered in the same category as bands like the Buzzcocks and Boys. As it is, I guess we should content ourselves that one of the true classics of the golden age of punk has finally been unearthed. Essential.