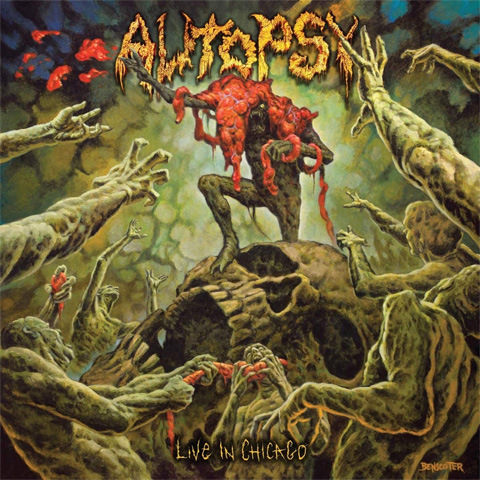 Live In Chicago – the bands first official live album – was recorded at Reggies Rock Club, March 7th 2020 and contains 66 minutes of classics spanning the whole 30+ year career of the death metal legends. The release also notably includes the brand-new track Maggots In The Mirror, giving fans something to chew on while the impending next studio release takes shape. Due to recent and unforeseen global events, this stands as Autopsys only gig of 2020, out of what was intended to be a string of several appearances. Luckily, the show was professionally recorded, unknowing of what was about to follow. With mixing carried out by Adam Munoz, notable for his work on Autopsys studio albums, Live In Chicago captures Autopsy in all of their ferocious, gory glory, with artwork once again conjured from the masterfully warped mind of Wes Benscoter (Slayer, Nile, Kreator).