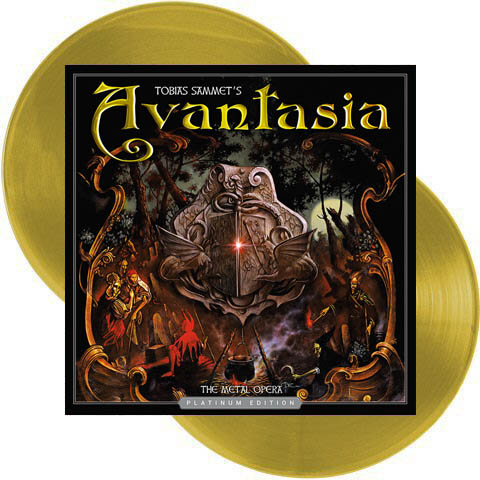 Avantasia’s The Metal Opera is the concept album masterpiece created by Edguy vocalist Tobias Sammet. Features members of some of the leading power metal acts like Helloween, Gamma Ray, Stratovarius, Virgin Steele, Rhapsody and, of course, Edguy. Make no mistake, Tobias Sammet knows how to write a melody – he’s unlocked the secret of knowing how to hook the listener. By combining neo-classical progressions, to galloping Steve Harris type bass lines, and fusing singing styles of operatic metal to harmonious guitar leads, Avantasia delivers the goods (and then some).
You can hear influences here from Rainbow/Blackmore and Dio, to Queen and Malmsteen, and ending up at Megadeth and Maiden. The influences are sprinkled about in abundance with no excuses – you’ll hear Tangerene Dream merged with Celtic choirs, underlined by Metallica’s Orion, and set to orchestrated pieces that belong in a David Lean/Ridley Scott/Stanley Kubrick-type epic.