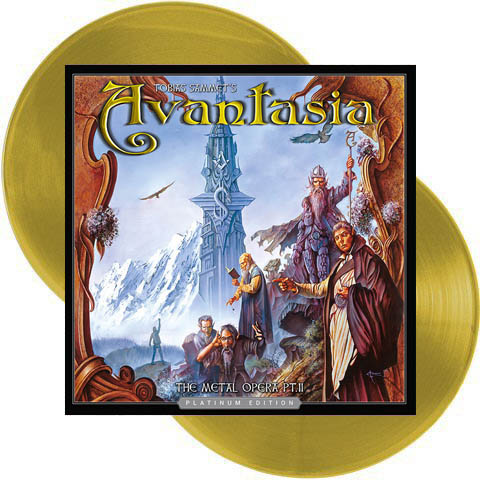 Eagerly anticipated by power metal audiences who embraced Tobias Sammet’s first Avantasia project, the aptly titled The Metal Opera, Pt. 2 essentially offers more of the same, in sound, style, and personnel. Michael Kiske (ex-Helloween) gets credit for his appearance this time out, following his mystery cameo as “Ernie” on the first record, and a number of the featured vocalists from Pt. 1 reprise their characters on the second installment; new faces include Bob Catley (Magnum) and Oliver Hartmann (At Vance). The music is not a great leap forward; it’s simply more state-of-the-art power metal, with the same catchy riffs, larger than life melodies, and complex, orchestration-heavy arrangements. Some might find it a bit less thrashy than its predecessor, but overall the differences are negligible. Sammet’s epic storytelling ambitions have left him with more than enough material to keep the narrative going, and the ending is open enough to allow for a sequel if he chose. At times, The Metal Opera, Pt. 2 seems as if Sammet had to rush to complete the record; its release had to be delayed, and a few parts feel a tad underwritten. But by and large, power metal fans who enjoyed the first installment — and weren’t expecting a drastic progression — will find Pt. 2 a worthy sequel that’s still head and shoulders above much of the European power metal pack.