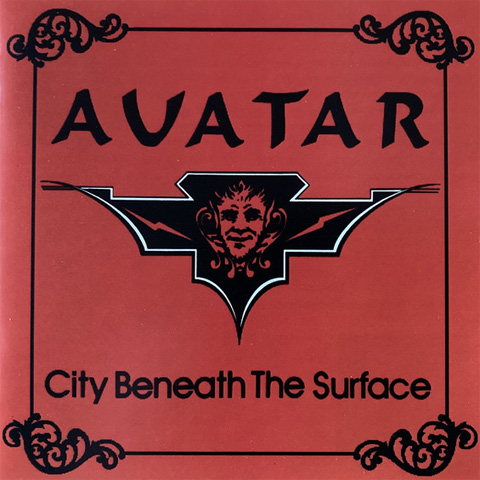 Avatar -City Beneath The Surface cd

In the pre-years of Savatage the brothers Jon and Criss Oliva had a band together with drummer Steve Dock Wacholz that during the late 70s had problems to decide if they were going to call themselves Metropolis or Avatar. The first two three years in Tampa also saw the band struggling with finding a suitable line-up. Jon Oliva being the man that was most flexible trying out both bass, vocals and even drums when Doc dropped off or a year. But in 1981 they had find a bass player in Keith Thumper Collins, Doc was back behind the drumkit and they had dropped the idea of having other singers and decided that Jon Oliva was their front man. Avatar was the name of the band and the band now recorded demos in full speed. On some of theese demos you can hear that the band has obvious 70s rock influences while other is much heavier and straight on metal tracks. Two songs the band wrote and recorded, Rock Me and Minus Love, ended up on a local compilation album released by the radio station 95YNF. The band also recorded and released the classic two track single City Beneath The Surface that was released in 1983. And in 1983 they were playing, what we today cal classic US heavy metal and it was now time to move on. The band changed name to Savatage and from that day they would go on and write heavy metal history. This limited album features the complete recordings of this pre-Savatage band so get it before its too late