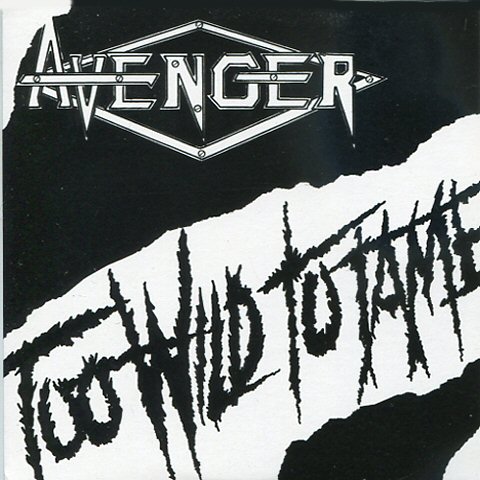 Avenger -Too Wild To Tame cds

Avenger is a highly rated British metal act, issuing the impressive, if low budget, albums ‘Blood Sports’ in 1984 and ‘Killer Elite’ in 1985. The first incarnation of Avenger evolved when ex-Blitzkrieg vocalist Brian Ross teamed up with former Axe Victim bassist Mick Moore, drummer Gary Young and guitarist Steve Bird in September 1982. The band contributed the track ‘Hot And Heavy Express’ to the Neat ‘One Take No Dubs’ EP. Shortly afterward, Bird left due to ‘hearing problems’, being replaced by John Brownless. This line up recorded the ‘Too Wild To Tame’ single before Brownless was ejected and in came Lez Cheetham.