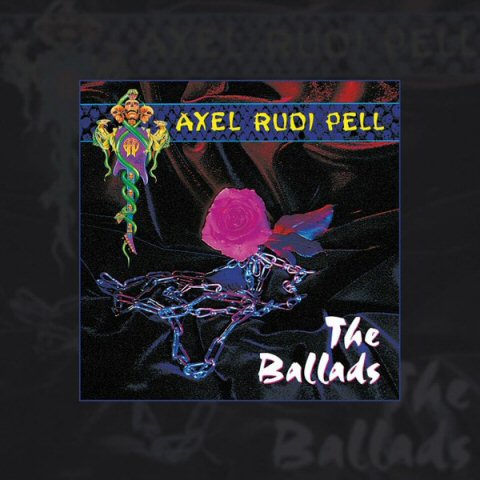 Axel Rudi Pell -The Ballads I dlp with cd

Axel Rudi Pell is a highly skilled and much experienced guitarist, with a career spanning from the early 80s to our days. He also seems to be an artist that never seems to care about publicity and how to promote his billion-notes-per-second guitar technique. High spirited by Ritchie Blackmore’s ghost in addition with various influences from the UK late 70s/early 80s premier Hard Rock acts (Thin Lizzy, Uriah Heep, Rainbow, U.F.O.), Axel keeps walking in the same familiar path of melodic hard/heavy, obviously satisfying his specific aim and – apparently his fans expectations. There are some artists I don’t want to hear something different from; Axel is featured in the list. Axel Rudi Pell has become a permanent part of the German Metal scene since he released his first – same titled – album with Steeler in 1984. Three more albums followed – Rulin’ The Earth (1985), Strike Back (1986) and Undercover Animal (1988) – until he decided to leave and start a solo career in 1989, when his debut Wild Obsession came out. Even though Steeler had been a popular band in the mid-80s, his solo project became even more successful. Besides the great melodic and fast guitar playing by Axel there has always been a lot of space for other members of the band to show their talents, e.g. drummer Jorg Michael (Saxon, Avenger, Rage, Grave Digger, Stratovarius etc) or keyboard player Ferdy Doernberg (Rough Silk, Taraxacum) for example. Throughout Axel Rudi Pell’s releases many talented and famous musicians – especially vocalists – entered the ARP camp, including Jeff Scott Soto (ex-everywhere), Rob Rock (Joshua, Impellitteri, M.A.R.S.), Charlie Huhn (Humble Pie, Victory, Deadringer), contributing to top efforts like Wild Obsession (1989), Black Moon Pyramid (1996) or Oceans Of Time (1998). In 1993 he released this collection of ballads from previous records, along with cover tunes, unreleased tracks and versions. This album called The Ballads was welcomed by the fans and it would become something of a trademark from Axel Rudi Pell that would continue to release a new part in The Ballads series after every three or four studio albums. This is however where it all started with the first part in the series.