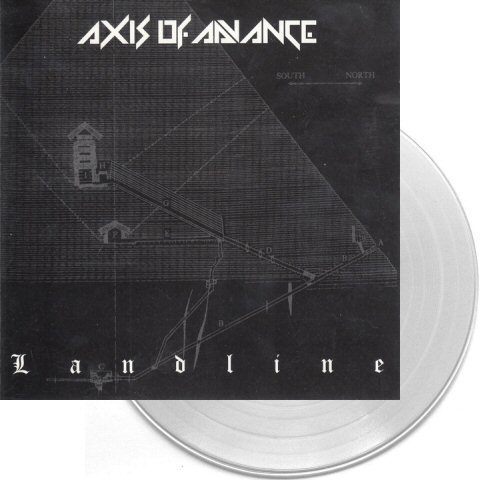 Landline is the Canadian black / death metal act Axis Of Advance’s crushing debut. They were formed in 1998 in Edmonton. These 3 tracks could be called War Metal even though War metal gets a lot of hate for having a lot of similar sounding bands for a subgenre with relatively little space for creativity. This is not exactly wrong and I say that as a fan of war metal. However there are a few cases where a band just stands above the rest in a crowded genre. To me Axis of Advance are one of those bands. This is a great band that equals the genre gods like Blasphemy and Archgoat. Two of the tracks on Landline would appear on their debut titled Strike and the last track is a Sacrifice cover, Reanimation to be exact. This EP straight away shows that everyone involved already is quite experienced in terms of being in bands of this general style. The 2 originals twist and turn with all sorts of tempo shifts and excellent riffs. The very ambitious song writing with all these varied passages just apparently already was there fully developed from day 1. The cover does turn it into a neat collectors item. From a pure listening standpoint, well if you feel like listening to war metal but don’t want to listen to something that lasts longer than 20 minutes you can not find anything better in the genre than this.