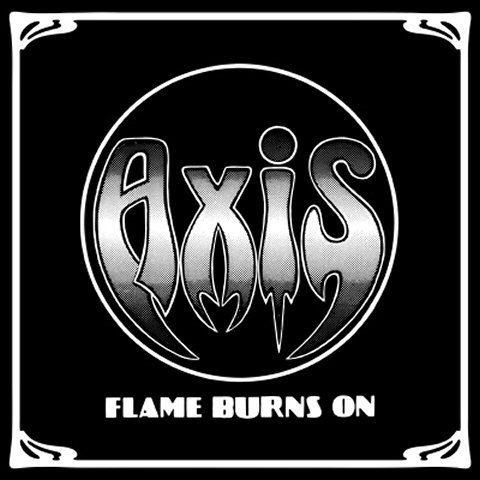 Axis, featuring ex-Ginger, White Spirit and Tank guitarist Mick Tucker, recorded a brace of early eighties 7’ singles. However, only one saw release, ‘Lady’ for Metal Minded Records in January 1980. Neat Records signed the band for a further single, ‘You Got It’, but this was not issued. Bassist John Cunningham would be superseded by Phil Brady. Axis guitarist David Little later joined the Pauline Gillan Band and erstwhile drummer Marty Day would turn up in Holland performing on the ‘Early Warning’ album. He would stick with that band as they morphed into the heavier Hammer issuing the ‘Contract With Hell’ opus. This deluxe vinyl edition features the ‘Lady’ single together with the unreleased ‘You Got It’ single and 4-rare live tracks.