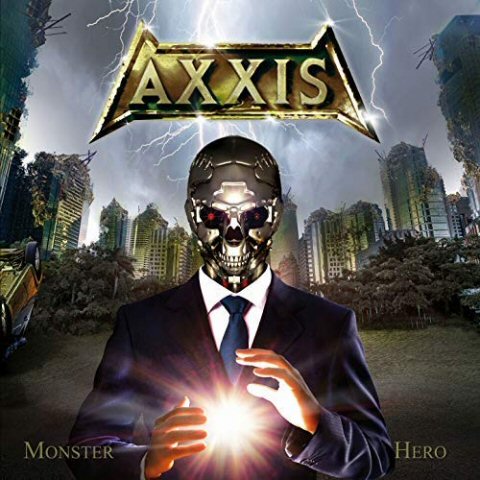 With their 2018 album Monster Hero, Germanys power metal/hard rock band Axxis once again delivers an album that focus on classic rock songs, a modern production as well as very reflected and up to date lyrics – clear proof that these musicians still have a lot to say. Timeless and honestly written rock tracks are the soundtrack to “Monster Hero”, that has, just like it’s two creative fathers, a very down to earth character. “Our world is influenced by fake news, algorithms and politicians that more look like the wolf in a sheep fur that anything else”, Bernhard Weiss says. “Machines are a fixed part of our lives and have a big influence on us, sometimes way beyond our control. Technologies such as drones, self-driving cars or apps are part of our everyday life. Science, media and reality are doubted more and more. Politicians are getting more radical. Free democrats are considered to be old school, dictators are successful. Sick and crazy dictators celebrate themselves as heroes, while for many of us they simply are monsters.” A diversity that leads through the whole world as Bernhard mentions. “Also have a look at technology. We love and hate Facebook, google and stuff like that at the same time cause they make our life. That could still get worse in the future.”