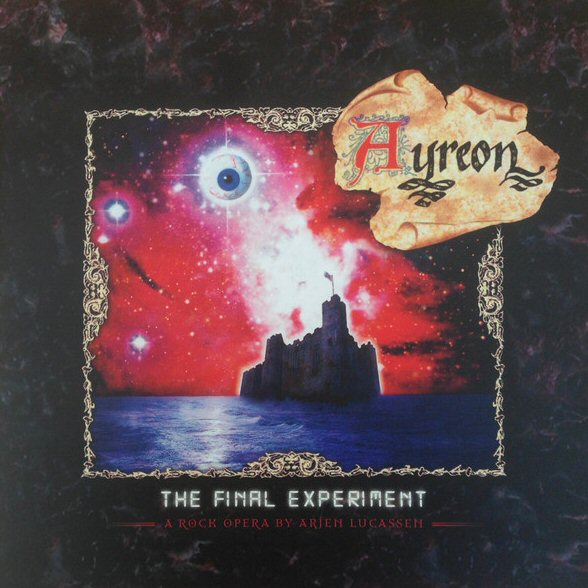 Arjen Lucassens Ayreons debut The Final Experiment, originally released in 1995 is another lost prog-rock classic. This was a huge step forward in Arjens career and the beginning of a long string of strong albums with a thematic concept and Ayreon as the main character. This 2005 special 10th anniversary edition comes as a remastered double cd set. The bonus disc is all-acoustic, unplugged if you will, recorded right from scratch because Luccassen believed it should be a two-disc set just as its predecessors were. This is a solid, entertaining piece of work, and seems extremely focused, like all the best drama, we have a beginning, middle and an end. This is where it began and it all makes perfect sense why he chose to continue his Ayreon epic with so many albums. First, it is a brilliant concept to take from start to finish, and an open-ended storyline that leaves room for more great albums. This how Arjen Lucassen began to build his Electric Castle, it is indeed the foundation to the monument of his recorded works.

Track list:
1. Prolgue:
a) The Time Telepathy Experiment
b) Overture
c) Ayreon’s Quest
2. The Awareness
a) The Premonition
b) Dreamtime (Words Become A Song)
c) The Awakening; Eyes Of Time
3. Eyes Of Time
a) Eyes Of Time
b) Brainwaves
4. The Banishment
a) A New Dawn
b) The Gathering
c) The Accusation
d) The Banishment
e) Oblivion
5. Ye Courtyard Minstrel Boy
6. Sail Away To Avalon
7. Nautre’s Dance
8. Computer Reign (Game Over)
9. Waracle
10. Listen To The Waves
11. Magic Ride
12. Merlin’s Will
13. The Charm Of The Seer
14. Swan Song
15. Ayreon’s Fate
a) Ayreon’s Fate
b) Merlin’s Prophecy
c) Epilogue