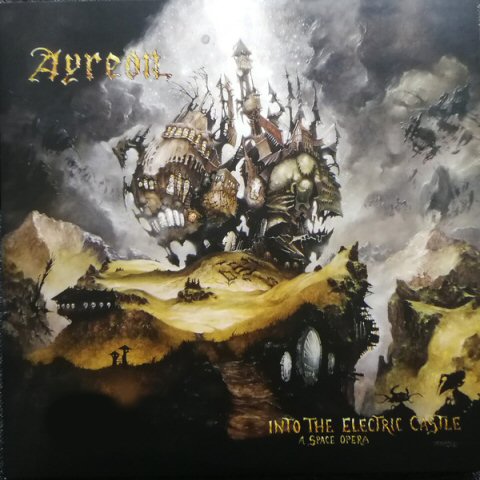 Ayreon -Into The Electric Castle 3lp

Into the Electric Castle is an epic prog rock opera from Dutch guitarist Arjen Lucassen. The sci-fi story centers around eight strangers brought together into a dimension of no space and no time. The characters in the story are played by varying lead singers, including former Marillion frontman Fish. The supporting cast is a who’s who of proggers, which translates into superb musicianship. The story is standard sci-fi fare, but winds up being quite effective with the accompanying score. The massive coordination of such a large project is admirable, but to pull it off with such impressive results is stunning. There are some moments that work better than others, but in sum this an energetic, fun, and original recording. There is a plethora of styles incorporated here, including progressive rock, progressive metal, neo-prog, fusion, space rock, jazz, folk, and classical. This campy classic helped to spawn a devout cult following for Ayreon and the man behind the music, Arjen Lucassen.