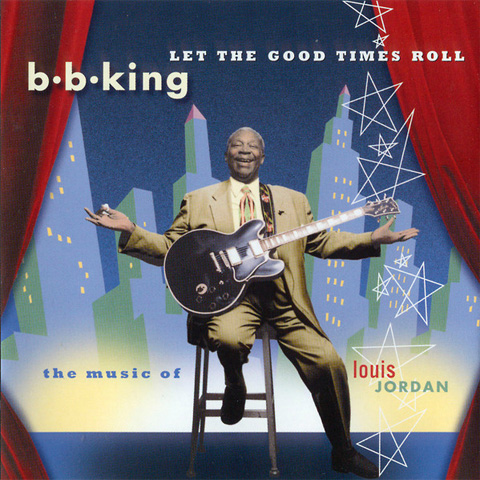 Even if B.B. King is the King of the Blues, some might find it strange that he chose to record Let the Good Times Roll, a tribute album to Louis Jordan, the King of Jump Blues. King’s work was never as boisterous or enthusiastic as Jordan’s, but his debt is apparent from the first cut of the album. King may have never done straight jump blues, but his sophisticated urban blues — complete with horn sections and an emphasis on vocals — shows as much jump influence as it does Delta. Let the Good Times Roll brings that home with a quiet, seductive insistence. Backed by a stellar band — featuring Dr. John on piano, drummer Earl Palmer, alto saxophonist Hank Crawford, and tenor saxophonist Dave “Fathead” Newman, among others — B.B. King sounds loose and natural. There are stars in the band, but this is hardly a bloated all-star effort, since the focus in on delivering no-nonsense performances. Strangely enough, King doesn’t play that much guitar on the album, concentrating on his vocals and letting the band interact. When he does solo, it’s as elegant and tasteful as always, but the focal point is always the songs. Since he’s such a fine guitarist, B.B.’s singing often goes underappreciated, but here it’s at the forefront, and he shines. His phrasing is impeccable, and he always captures the spirit of the songs, either through humor or heart. Of course, that’s a skill that Jordan had, as well, and realizing that sheds new light on B.B.’s music. Much of his celebrated skills as a showman and a performer indirectly came from Jordan, as did elements of his musical style. Never has that been as clear as it is on Let the Good Times Roll.