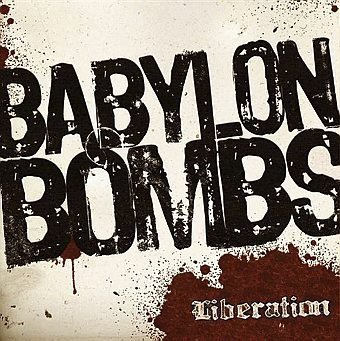 Babylon Bombs is one of those bands that came in the second wave of the Swedish sleaze and glam metal explosion with Backyard Babies, Hardcore Superstar and CrashDiet. They take their sleaze rock and mixes it with rock n roll and glam metal. On their third album Babylons Burning the band has to be given a huge credit as they tried to push the boundaries of a seemingly limited genre. Sure it had those rock n roll opening riffs, rather melodic bridges and hard rocking choruses but they guitar parts where more sophisticated and technical than before and then they had added some surprising symphonic parts. The single that was released from the album was for the track, Liberation, a macho sleaze rocker that came in an orchestral dressing making it just as ambitious as it could get. Yet again, if you like any sleeze and glam coming from Scandinavia around the same period, you’ll love this band. Producer Chris Laney handles most of the controls and it takes Babylon Bombs from middle of the pack to major players. So if you like sleaze and glam music made like it was meant for nothing more than sex, drugs and rock n roll, these guys are here again for your liking