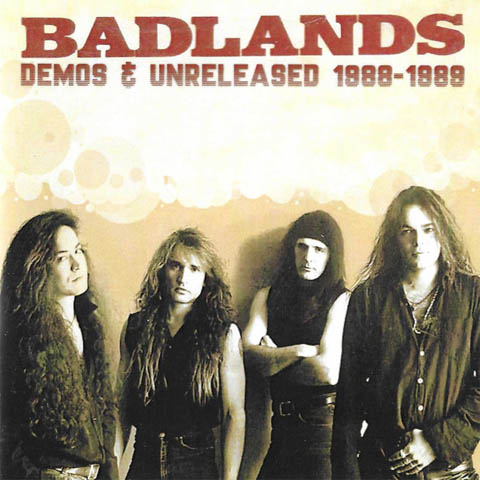 Reduced price due to back cover being vg+

Life after Ozzy is no easy task — just ask the many guitarists (Brad Gillis, Jake E.Lee, Zakk Wylde) who played with the metal legend after the tragic death of original six-string genius Randy Rhoads. Could it be that there’s a post-Randy curse? If so, Lee’s Badlands project may just take the cake as the most turbulent and ill-fated of the bunch. Yet it was also possibly the best and most original of them all. With New York-bred singer Ray Gillen (fresh off a touring stint with Ozzy’s old pals Black Sabbath) serving as the guitarist’s perfect songwriting foil, Badland started writing and recordng demo material in 1988 that were refreshingly stripped-down to the blues metal roots, which at the time cut against the grain of the polished pop hair metal that ruled the scene. This was a real super grup with the line-up of guitarist Jake E. Lee (Ozzy Osbourne), vocalist Ray Gillen (Black Sabbath), drummer Eric Singer (Black Sabbath, Kiss, Alice Cooper) and bassplayer Greg Chaisson (from Yngwie Malmsteen’s Steeler). Its about time to revamp this powerhouse quartet with this collection of early studio and rehearsal tapes with many early versions of favourite classics and 8 never released gems.