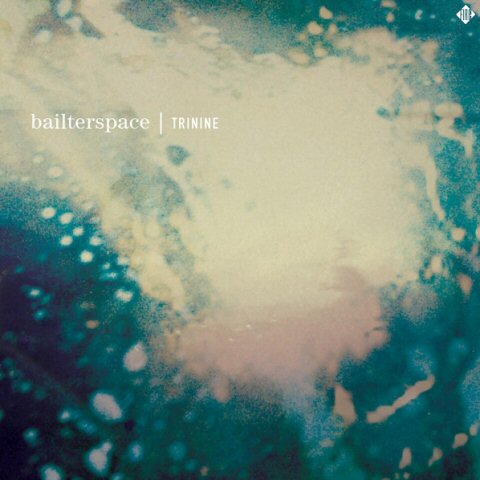 After returning from a 13-year hiatus with Strobosphere in 2012, New Zealand’s Bailterspace quickly followed it up with Trinine, their second offering for Fire Records. Recorded by the original lineup of guitarist Alister Parker, drummer Brent McLachlan, and bassist John Halvorsen, this set directly reflects the trio’s lineage, it also ups the ante of guitar rock in the 21st century. Though Strobosphere was muscular, it lacked some of the group’s trademark, textured dynamics. Not so here. Trinine looks back while taking on the present concretely. It is a moodier, more experimental, and more sinister affair overall. While Bailterspace’s own frenetic, layered tonalities are at work in the “sound” of these compositions, they are underscored by a subtle melodicism, spaciousness, and rhythmic invention that looks back simultaneously to Tago Mago-era Can and early Sonic Youth à la EVOL. The opening title track with its lyric cadence and phrasing, balanced by multi-tracked, low-tuned guitars and wide-open, throbbing basslines, is a case in point. “Tri5,” with its drum and guitar attack mixed far above the barely discernible vocals, is more straight-ahead, but Parker’s wall of noise is interrupted mid-cut by a single-string vamp, pushed by McLachlan’s skittering beat and Halvorsen’s solid drone bassline; the storm erupts even more cataclysmically later on, with the vocal being the only thread holding it all together. Other standouts include “In the World,” which commences hypnotically along a single undistorted guitar riff that is all but dominated by a two-note bassline and constant snare and tom-tom pulse. Just under three minutes in, it leaves that all behind and enters a maelstrom of counter melody and increasing distortion until it explodes. “Open” creates a taut monotony that leaves the listener desiring a meltdown that never quite emerges. Trinine only falters in the last quarter, where it engages in outright experimentation to mixed result. Though “Silver” maintains a songlike structure even as it enters the frenzied domain of its predecessors, “Gamma Tram,” “Films of You,” and the demo-esque closer “Tanzenloop” all feel unfinished. Despite these shortcomings, Trinine is a winner: the trio’s willingness to simultaneously reflect its influences so openly, yet take chances with its own tropes and established sound, makes for deeply satisfying — and sometimes headscratching — listening.