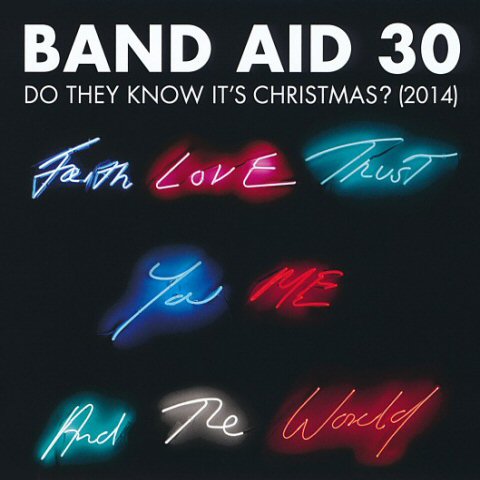 Band Aid 30 -Do They Know Its Christmas cds

Band Aid 30 is the 2014 incarnation of the charity supergroup Band Aid. The group was announced on 10 November 2014 by Bob Geldof and Midge Ure, with Geldof stating that he took the step after the United Nations had contacted him, saying help was urgently needed to prevent the 2014 Ebola crisis in Western Africa spreading throughout the world. As in previous incarnations, the group covered the track “Do They Know It’s Christmas?”, written in 1984 by Geldof and Ure, this time to raise money towards the Ebola crisis in Western Africa. The track has re-tweaked lyrics to reflect the current Ebola virus epidemic in West Africa with all proceeds going towards battling what Geldof described as a “particularly pernicious illness because it renders humans untouchable and that is sickening”. The song was recorded by some of the biggest-selling current British and Irish pop acts, including One Direction, Sam Smith, Ed Sheeran, Emeli Sandé, Ellie Goulding and Rita Ora. Bastille and Guy Garvey of Mercury prize-winning band Elbow were also on board, along with Chris Martin (Coldplay) and Bono (U2)—the third time he has contributed to a Band Aid recording. This 4-track cd single is especially interested since it also includes the previously recorded versions of the song.