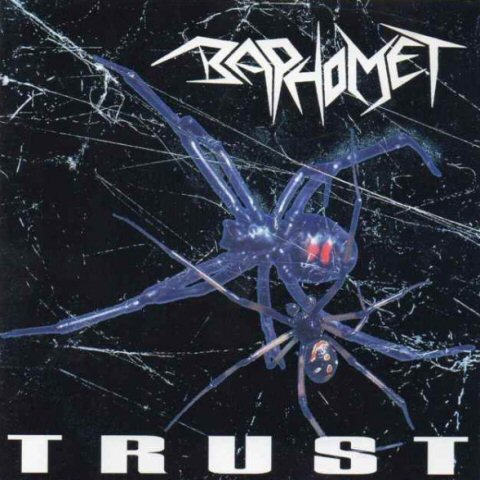 Their name inspired by the famous Venom song, Germany’s Baphomet formed as early as 1986, but their maturation period was a slow one, so that their potent mixture of technical progressive death and thrash metal pretty much missed the boat of the first wave of Teutonic thrash metal in the mid-80’s. Their first two instalments did a lot to keep this exciting mixture alive for a few more years during the 90’s and the band were supporting Cannibal Corpse on their German tour back then. As the groove and the post-thrash were swallowing both young and old practitioners left and right, conversion to those new vogues wasn’t deemed a big surprise, especially when it came to unsung underground heroes. Their 1994’s swansong Trust however showed a band that tried to stir their direction into a more modern sounding way. However the vocalist Thomas Hertler left to work full time with Massacre Records after the recording of this album and the remaining band members decided to retire the Baphomet name and morphed into a new project called Banished. Trust is an up-and-down trajectory and when its good its really good. Its far from a pure Pantera or Machine Head worship but its obvious that Baphomet tried to survive by joining the dominant trends on the scene before calling it a day.