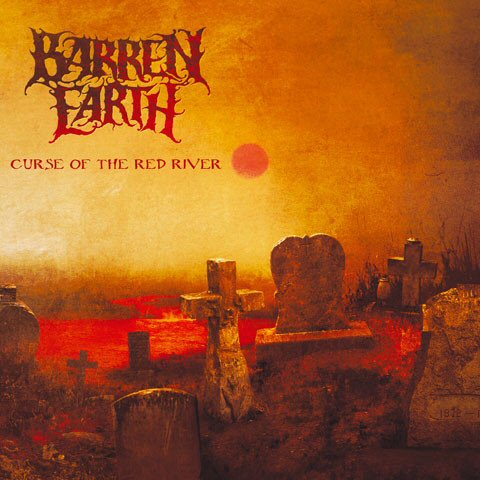 With a wealth of experience from internationally renowned acts, from former members of Finnish metallers Amorphis, to current members of Swallow The Sun, Moonsorrow, and Kreator, Barren Earth presents progressive and folk textured death/doom metal of the highest order. Barren Earth originally appeared in 2009 with the Our Twilight EP, followed quickly by their debut album, The Curse Of The Red River (2010). Both releases met with a rapturous reception from fans and critics alike, including awards for best new band and best album. Barren Earth has already played many shows, not only in its native country of Finland, but in continental Europe, and most importantly, in North America, where as a part of the Finnish Metal Tour 2, they played 28 shows alongside countrymen Ensiferum and Finntroll. Mixed by Dan Swan (Opeth/Katatonia) at Unisound, The Devil’s Resolve continues with all the trademarks one has come to associate with Barren Earth: brutal riffs, gloomy growls, majestic melodies, as well as acoustic and progressive passages. But this time the band has delved even deeper: what was brutal on the first release is now ultra so. Likewise, what was proggy earlier is now extra so. Never a band which likes to travel on the middle of the road, Barren Earth take you on a journey through musical landscapes encompassing brutal death metal, doomy vocals (including a guest vocal appearance by Mathias Lillmåns from Finntroll), trippy 70s prog lunacy, pastoral passages and bagpipes (courtesy of Jaakko Lemmetty from Korpiklaani) and then returning back to full-on metal mayhem again.

Track list:
1. Passing Of The Crimson Shadows
2. The Rains Begin
3. Vintage Warlords
4. As It Is Written
5. The Dead Exiles
6. Oriental Pyre
7. White Fields
8. Where All Stories End