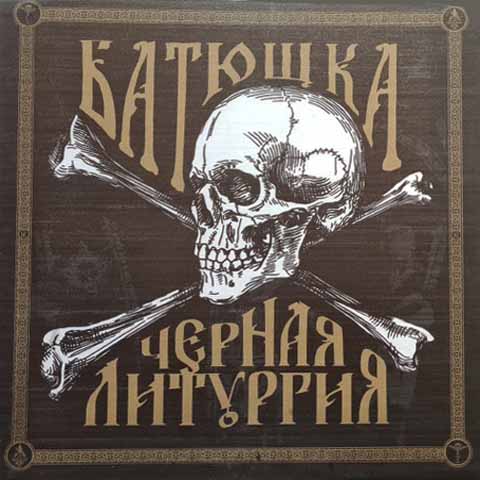 Wooden lp box with one white and one black vinyl. Comes with signed poster, 3 candles and incense used during the live stream. Some of the boxes sold through the bands bandcamp came with an exclusive Black Liturgy necklace instead of the foldout insert. Limited 150 copies

Polish black/doom metal band formed by Krzysztof Drabikowski. Pronounced Batyoushka, the band’s Cyrillic name means father and is used to address an Eastern Orthodox priest. Despite their themes and imagery, they are not a Christian band. In December 2018 Drabikowski announced that he had fired Krysiuk from the band for trying to steal the band from him. As of 2019, two versions of the band exist: the one fronted by founding member Drabikowski, and this one fronted by Krysiuk. On the October night of Samhain, 31st of October 2019, Krysiuks Batushka presented an atmospheric live stream prepared for the Colombian Rock Al Parque Festival – one of the largest music festivals in South America. The broadcast itself took place in the form of a freely available stream. After its success, the band decided to release the recorded performance entitled Black Liturgy. This live record is your only chance to experience the atmosphere of Batushka‘s performance in the comfort of your own home.