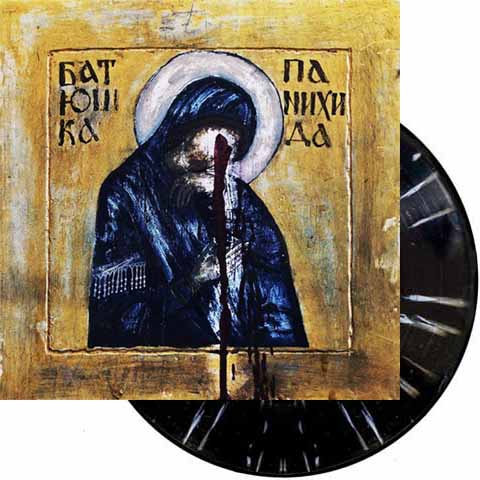 Polish black/doom metal band formed by Krzysztof Drabikowski. Pronounced Batyoushka, the band’s Cyrillic name means father and is used to address an Eastern Orthodox priest. Despite their themes and imagery, they are not a Christian band. In December 2018 Drabikowski announced that he had fired Krysiuk from the band for trying to steal the band from him. As of 2019, two versions of the band exist: this one fronted by founding member Drabikowski, and one fronted by Krysiuk. Drabikowski released Panihida on May 26th in 2019 and its his follow up to Batushkas debut Litourgiya. While the album title of Panihida feels somewhat symbolic – loosely translating to Memorial – the song titles are as simple as can be, running through from Песнь 1 (Song One) to Песнь 8. Don’t let the simplicity in the titles fool you, though. Compositionally, the albm is a firm reminder of just how important Batushka are to the modern black metal scene. The quality of Panihida is astounding. The elements that made the extreme metal world fall in love with Litourgiya are all still there – the blend of black metal and Christian Orthodox Church music is ever-present, complete with the chants and organs. But there is an overwhelming melancholy and aggression in Panihida, more so than Litourgiya. The result is glorious. How Panihida will stack up against Krysiuk’s Batushka album Hospodi remains to be seen, but regardless, Drabikowski has released one of the strongest black metal albums of 2019.