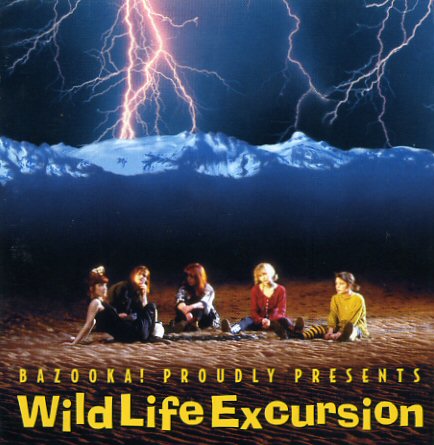 Bazooka, based in Gothenburg, Sweden, was formed in 1989 under the name of Los Bazookas and under that name they released one split single that was featured in a magazine and was pressed in 1000 copies. The band was one of Swedens most powerful all girl bands and they consisted of Katty A. Stahl (vocals), Marlen Svenn (bass), Annika Moberg (guitar), Nina Neumann (guitar) and Maria Skoog (drums). Bazooka had lots of attitude and was raunchy as hell. They released two albums, Wildlife Excursion (1994) and 1st Floor Second Skin (1996) as Bazooka, as well as a couple of EPs/singles: Ugly Filthy Mad And Mean (1993), Clowns and Coxcombs (1994) and Shower Lover (1996). Acoustic guitar, jingle bells and melotrone on their debut album was played by Torbjorn Ebbot Lundberg mostly know for being the singer and frontfigur of The Soundtrack of Our Lives.