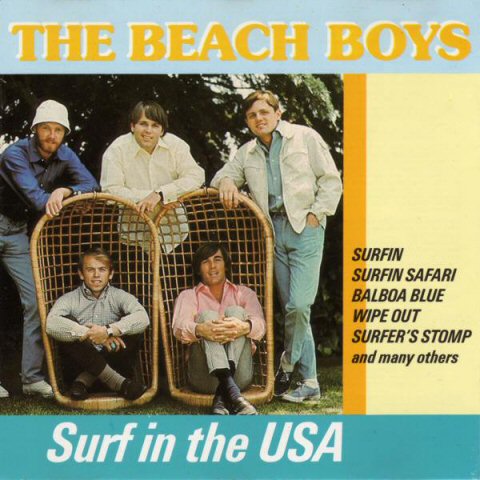 The Beach Boys ‎–Surf In The USA cd

This Spanish compilation album from 1985 is quite an oddity because its entirely credited to The Beach Boys, but actually also features several tracks by groups featuring Beach Boys members (Pendletones and Kenny And The Cadets), as well three titles that were made by other Surf pop groups (The Surfaris and The Marketts) that has no connection to The Beach Boys at all.