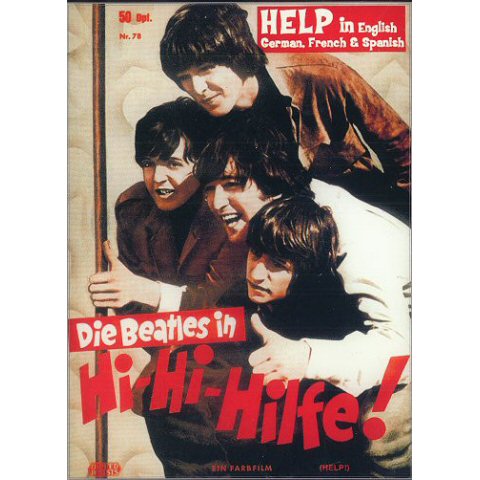 Digipak cover with the movie Help. Chose from English, German, Spanish or French soundtrack. With lots of bonus material

Richard Lester returned to direct the second feature film starring the Beatles. Ringo purchases an unusual ring which marks him as the sacrificial victim of an obscure Eastern cult. The cult members, Clang (Leo McKern) and Ahme (Eleanor Bron), attempt to capture him and the chase is on. Strings of sight gags, one-liners and musical numbers boost the storyline. The Beatles have never been as good on film as they were here, supported by an excellent cast (Oh, Elanor Bron). As an aside, this film is an exact contemporary of the Dave Clark Five’s “Catch Us If You Can” – indeed they ran simultaneously on differing cinema circuits back in 1965. Take a look at that fantasy as well while you are about it. They don’t make them like these any more.