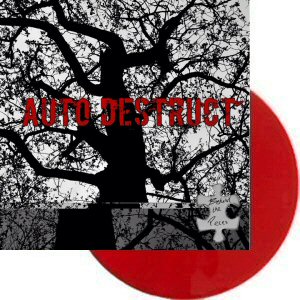 The history of Norways Behind The Pieces goes back ot 2010 when Mathias Handberg and Henrik Mavlund started a band called Icy Amber, however it wasnt until 2012 when they found singer Nora Elise Stemland and bassist William Pedersen that the pieces came together. The band changed name to Behind The Pieces. When they released their debut album Auto Destruct as a digital album in 2015 the five members where all still teenagers. The debut album were then pressed onto a glorious piece of vinyl in 2016. The local press gave the album thumbs up. Stian Koxvig of the music magazine Fierce wrote: “Behind The Pieces delivers one of the most solid debut albums Norwegian rock has ever produced!” while Rune Slyngstand in Avisa Nordland magazine wrote, “Behind The Pieces have creative solutions that could lift them out of the rehearsal room and out of town”. Two tracks has also been played as digital singles while two other tracks could be found on a local demo compilation called, Nodt Eller Sannhet, that got released back in 2013. Behind The Pieces plays a mix of alternative rock and metal with female vocals and dual guitar work. The guitar riffs are there and Nora Elise Steamland has a nice clean voice that only gets interrupted by a growling male voice during the song Demons. Summed up, this is a pleasant acquaintance, and it’s good to see that there are youngsters out there that is trying to break through the Norwegian black metal jungle.