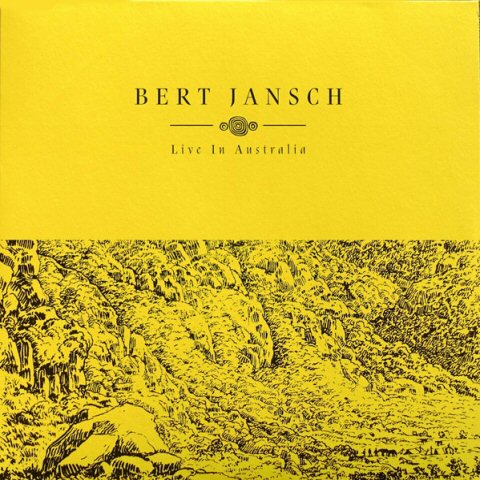 Live is perhaps the best way to hear Bert Jansch, to be dazzled by the quality and assurance of his guitar work as well as his way with a song. After what seemed like a long time in the wilderness, he’d found his musical path again in 1996 with When the Circus Comes to Town and Live at the 12 Bar. Recorded two years later, in Melbourne 1998, this sounds so much more confident than either of those releases, the music of a man who’d not only recovered his form but was back at the top of his game — you only need to hear the picking behind the voice on “She Moved Through the Fair” to understand that. There’s very little duplication of material between this and the Live at the 12 Bar release, which relied heavily on ’60s classics. With a few exceptions (and yes, his signature tune, “Angie,” is included) like “Blues Run the Game,” the emphasis here is very much on newer songs from When the Circus Comes to Town and the just-issued Toy Balloon. There are even two brand-new pieces, the whaling song “My Donald” and the instrumental “Downunder,” which wouldn’t make it onto a studio recording for another couple of years, in addition to “Little Max,” which remains unavailable elsewhere. Pete Howell offers some excellent and intuitive support on double bass, although whether percussion should have been there (it’s on three tracks) is debatable, since it was added after the fact. Jansch hasn’t put out many live albums during his long career, but releasing this was an excellent decision. It captures the mellow vibe of a warm Australian evening but, more importantly, it finds Bert Jansch sounding better than he had for years, and makes it easy to understand why he’s considered a giant of guitar and folk song.