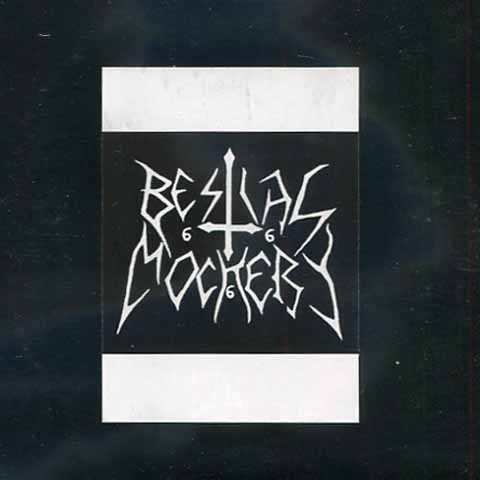 As if its title alone weren’t enough to warrant inclusion into any discriminating heathen’s music collection, Bestial Mockery’s full-length debut also delivered serial killing 10 tracks of primal blackened hyper-thrash metal in the vein of Venom and Bathory. But be warned: this is not the type of album you go into expecting melodies or chorus hooks. It’s not the riffy style of thrash. It’s anchored in simplistic black metal rhythms and blast beats which occasionally lapse into crunchier thrash metal breakdowns. The hilarity and savagery of this band are the saving graces. ‘Bestial Warfare’ begins with a snaking, relentless battery typical of the Swedish proto black metal, slowing only for a doomy segment below its wild solo. ‘Suicide Blasphemy’ has a bit more of a thrash breakdown amidst its nonstop torment. ‘Bestial Satanic Sacrifice’ is one of the best tracks on the album, with a punky thrashing verse riff and some throatier vocals. Other searing songs include the Marduk-like ‘Warfuck’, ‘Morbid Invertation’, the grooving thrash of ‘Chainsaw Inkarnated’ and the death metallic rhythms of the title track. The album is mixed simply as one really needs for this style.