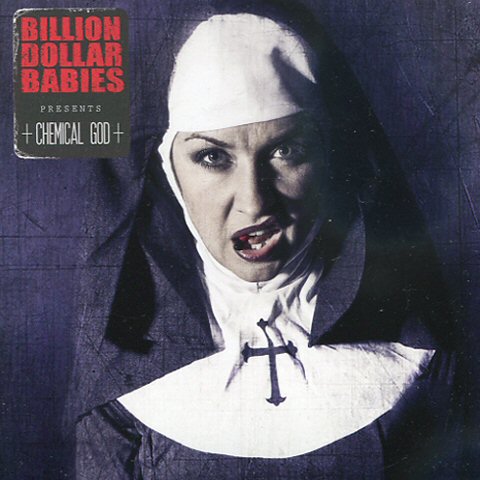 Billion Dollar Babies was formed in 2005 in Falun, Sweden, the group is known for their explosive and entertaining live shows. During the 11 years they’ve been together, they have performed over 200 concerts across Europe as well as playing some of the biggest Swedish festivals. From 2005-2007, they released three EP’s before their first full length album, “Die For Diamonds” was released in 2011. European shows were performed another EP released and then in 2016 the second album, “Chemical God”, was released. This album is darker in tone compared to the first one. The melodies are still there and some tracks are very well crafted like “One”, “Why Don’t You Put Up A Fight” and “The Nightmare Began”. Chemical God is a big ole slab of Hard Rock with nods to the seedy underbelly of the late eighties and early nineties scene, without ever fully going to those places. If you love the darker side of bands like Guns N’ Roses, Michael Monroe, Extreme, or Alice Cooper then you need to check out Billion Dollar Babies Chemical God.