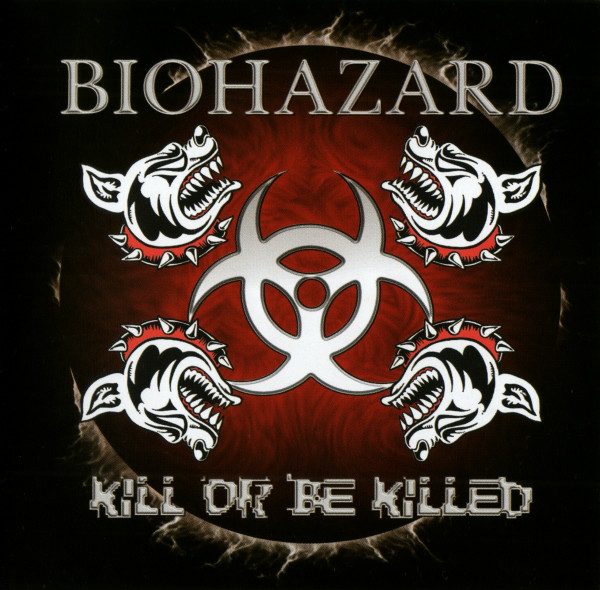 Biohazard -Kill Or Be Killed cd

Kill Or Be Killed was originally going to come out in late fall 2002 under the title Never Forgive Never Forget, and cover art that featured a cemetery surrounded by city buildings appeared on websites. This was an obvious allusion to the 9/11 attacks that struck Biohazard’s members particularly hard given their status as proud New Yorkers, however the heavy-handedness of it all made the band rethink and scrap those plans, though the eventual release under the new name would feature most of the same songs. That Biohazard was still standing at this point was a minor miracle; despite personnel moves and the thinly veiled bitterness at being on the foreground of the rap-metal movement, but emerging without the payoff that so many who touted the Brooklyn bashers as an influence and toured with the band subsequently garnered, they refused to go away. While their tenacity should be commended, Kill Or Be Killed continued the steady decline in innovation and intensity that has been ongoing since the early Urban Discipline release. Whether it’s just because their urban Metalcore narratives have gotten redundant over a decade on or the spark of creativity that made such material captivating at one point is gone can be debated. The rap element of the group is downplayed somewhat, but Biohazard sounds tired; the riffs don’t bite as much as sit there, the bravado sounds forced, and even the addition of guitarist Carmine Vincent, who was original member the band in the mid ’80s before they started recording, doesn’t spark the generic material within.