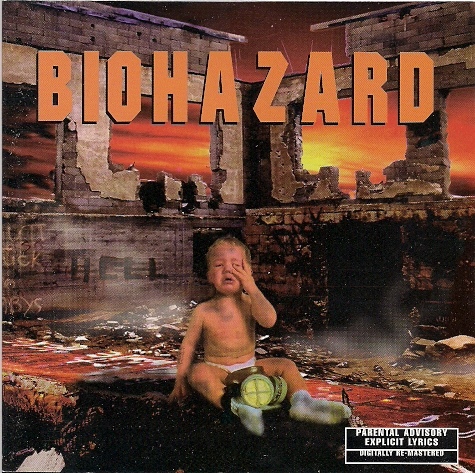 Biohazard released this self-titled debut at a time when the East Coast thrash and hardcore scenes seemed to have just about run their course. Different melodic variations and other conceptual changes would revive New York hard music, but things were on the decline around 1990 and Biohazard — while a popular concert draw — did little to invigorate their genre on this recording. Billy Graziadei (guitars/vocals,) Evan Seinfeld (bass/vocals), Bobby Hambel (guitars), and Danny Schuler (drums) made a bold statement with their hip-hop-influenced follow-up to Biohazard, Urban Discipline. This suggests that the band was simply tuning up their hardcore stomp on Biohazard, preparing their aggro chops for the eventual rap-rock mating. There are plenty of choice riffs on Biohazard, but too many tracks sound forced and repetitive. Technically and conceptually primitive, this initial offering should only interest the group’s oldest and most devoted fans.