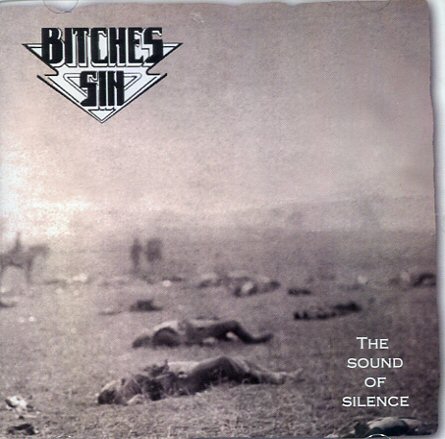 Bitches Sin was originally formed in Cumbria in 1980 by brother guitarists Ian and Pete Toomey and they caught the NWOBHM wave with their Always Ready For Love single on Neat Records. The albums Predator in 1982 and Invaders in 1986 followed before the band called it a day in 1987. The main reason for splitting up in the first place was a changing musical world and the band remerged overnight under the new name of Flashpoint who was all but Bitches Sin except in name. They released three albums before the interest in Bitches Sin grew with the introduction of the Internet and specialist rock magazine worldwide. This encouraged the band to reform in 2006 recording their comeback album, Uduvudu ( You-Do-Voodoo) in 2008. The band embarked on live slots in UK , Europe and Japan. After some silence they returned with this a private pressed mini album (only sold on their website). The title track would later be included on their fourth studio album, entitled ‘The Rapture’ in 2011, while the other two tracks are exclusive for this disc. This disc proves that Bitches Sin still has it in them. A nice addition to any NWOBHM collection. Additional guitar solo on What Loving Means by Chris Tsangarides. Long live Nwobhm and long live Bitches Sin