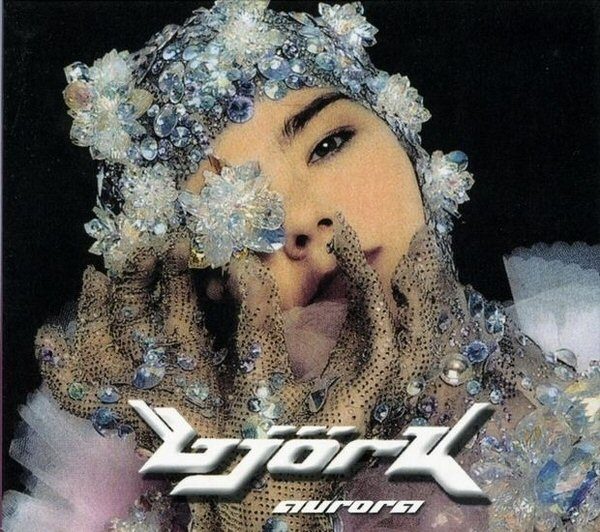 Double album in a nice and thick digipack cover

Everybody’s favourite Icelandic pixie recorded live at Le Grand Rex in Paris, France on the 18th of August 2001. This was the first gig on her Vespertine World Tour 2001, which focused on her fifth album, Vespertine. She also performed songs from Debut, Post, Homogenic and Selmasongs. The tour band consisted of harpist Zeena Parkins, electronic duo Matmos, a Greenlandic choir and a 70-piece orchestra (local to each venue). When the lady we’d all come to see appeared it was to inevitably rapturous applause. She bubbled and skipped above a full orchestra in the pit and in front of an all-female Innuit choir, a multi-instrumentalist whose talents included harp, Matmos and a Canadian lady who vocalised reverse recording better than anyone I’ve heard save JC-001. The wonderful Cocoon from Vespertine featured one member of Matmos literally stroking the other while Bjork softly sang about the physical intimacy of love, of having her man inside of me. The single Hidden Place followed. Someone seemed to have stolen the bassline from Hidden Place and it was not as electrifying as on the album. At the end Bjork performed several crowd-pleasing oldies including dramatic single Bachelorette, from Homogenic, a new version of Possibly Maybe, from Post, featuring the choir, the wonderful Hyper-ballad from the same album which had everyone chairdancing to the modified backing from Matmos, You’ve Been Flirting Again and Isobel (both also from Post). The audience were charmed enough to receive three encores, Joga from Homogenic, Our Hands and the only offering from Debut, Human Behaviour. Nice to have you back on stage Bjork, we love you.